Hey sweet friends. It’s been awhile since I have been able to stop and breath it feels like. So much has happened in the last few months and it feels only right to share the biggest part of my life right now other than our sweet Mancub, who is about to be 2! Why do babies grow so much?

But my other baby that has grown just as fast, but much bigger in 2 years than I could possibly imagine. Blush Boutique Co has moved out of our basement and into her own space. And what is space it is….

I believe that when we set our hearts on dream, even the smallest details, God hears them. Oh, does He hear them. I don’t want to sit here and name off in all the ways that God has meet me in these dreams but what I can share is just the story of this space and how Blush came to reside in our little space in downtown Greeley, Colorado.

For as long as I have had a dreams for my life, the one and only constant one, was to own a shop. This idea seemed so unattainable but it stood there, in the back of my mind, quiet but from time to time it would push it’s way up into the forefront of my mind.

I decided it was only going to be a dream. One that I hold dear but would let slip away in the midst of adulthood. It wasn’t until a road trip a few years ago where my dad asked out of the blue if I still wanted to open a store. It really took me about 2 seconds to answer YES, followed by inner panic. Yes, I will always want to open a store but how, when? It just never seemed possible.

But after wrestling with God about the potential he saw in me that I just couldn’t see yet… I decided that if I didn’t pursue this dream, this ache inside of my chest, that I would regret it for the rest of my life. I was tired of seeing everyone else do what they loved while I sat on the sidelines

And friends, I tried. I really did. I found the most beautiful space, had a business plan in place, a “date”, a Point of Sale System, and…. and… I woke up on morning at 2 am with terror wondering where I was going to get price tags! Price tags… the very idea of price tags made me panic so hard that I packed bag, while Andy was still sleeping, and drove an hour and a half to my parents house. As a grown adult at this moment, I still felt like I needed the wisdom of my parents. I sat at their dining room table and cried (it was more like, “went through an entire box of kleenex”).

I think I just needed someone to tell me that it was ok. It was ok if it didn’t happen. That my heart would find something new. That dreams are just dreams and they don’t define us, and that I wasn’t going to be a failure and all that mattered was I tried.

I sent my Point of Sale System back. I cried some more… I wrote a hard email about not being able to rent the space. I cried again. I started to feel sick but relieved. I felt like my body was feeling one way, but my heart felt another. I was having hard time getting them both to feel in sync.

As I was wrapping the shop up in my heart to tuck away, I had another dream growing under my heart.

In a quick minute, two pink lines changed the course of where my heart was directed. I had thought that the uneasiness in my stomach was because the loss of what I wanted, but it turned out to be because of God gave me the ultimate dream. Being a mom. I haven’t shared this part of the story before, and someday I will, but Andy and I didn’t think we could have children. I have health issues and after 7 years of marriage, we settled on the fact that we may never be parents. It was something we kept at a distance… something we didn’t want to talk about seriously, focus on, or even “look at”  because the truth seemed to devastating. But God sees dreams.

This is when I began to see through the fog of my own thoughts, desires, and plans for the future. God began to really show me the meaning of his timing, his planning… his infinite goodness!

I began to settle in knowing my future was to be the best mother I could be. I couldn’t wait to meet the little face that was growing inside of me. And I felt this settling for a few months, but then a stirring began. I wanted to work. I wanted something to sink my hands in, and be proud of. I wanted my children to know that they can have families and still be creative, hard working, and “own” something that is theirs.

God again showed up in a huge way when I received a text message from a sweet friend asking me to design a logo for her. When I inquired what for, she began to talk about clothes and a small shop… my heart began to beat fast and before I could think and stop myself, I asked her to meet me for coffee.

And on an early fall day in October, Blush was born. Two gals with two dreams, children in tow, began on an epic adventure. We started small, we built shelving in my basement, started a Facebook page, set a grand opening date, and invited all our friends and family. This was it. God had meet me in one of my darkest seasons of life and gave me not one, but two dreams that I felt were unattainable. It was a moment of complete surrender to his will, his purpose, and I finally began to really see just how much he loved me. Not because of the gifts he had given, but because he saw my heart. Truly saw it for what it was and meet me there. Fears and all.

After a few months, Linds and I began to realize that Blush needed a bigger space. We needed room to stretch and breath and be truly a part of our community. I couldn’t believe it but we were starting to look at opening a Brick and Mortar, (I’ve talked about that here in this post).

We sat down and talked about what would be the best for Blush, I casually mentioned the space that I had looked at before and we both decided to reach out and see if it was available. I wrote a quick email, reintroducing myself, mentioning I had, had a baby and in the meantime had opened a boutique but we needed a permanent space. “Is it still available?”

It turns out, right after I had to decline the space the first time around, another business had begun to go through the application process. They pulled out days before I reached out the second time. It was as if God had been holding onto it until the time came for Blush to move in.

It just needed a bit of work. Just a bit. Weeks turned into Months, but this time I truly began to trust that God’s timing is wise. I didn’t stress, I didn’t doubt, I just knew in my heart God would provide. He would see it to completion.

During the process of closing down the space in the basement, Linds came to me tearfully explaining that this wasn’t exactly her dream anymore. We cried, we talked, we hugged and decided that she would leave Blush to really pursue her passion of sewing. And guys, she is seriously so talented! To see her work head to Small Town Glam! (She makes our painted saws you see in the shop now and will make you custom pieces of clothing).

And is if God knew the plan, because he did, in the same day Linds left Blush, Maggie walked in. The most amazing person who has loved Blush like her own. She jumped in feet first and began to plan the move with me. Maggie is now Blush’s manager and you can find her behind the counter when I’m not there.

We spent hours planning, buying, building, scheduling, meeting, etc… and in late November, we received the keys. The keys to the space…  the shop I had always wanted. I really couldn’t believe that all I had worked for was about to materialize in front of m. The day I truly packed up the basement, I had my phone playing music and Kristene DiMarco’s song, In the Waiting came on. Her words spoke everything the past few years had been.

And in early December, we moved in. I prayed over every inch of the space. Thanking, praising, soaking in every moment. We spent late nights building, installing, setting up, fixing broken shelves, re-installing said broken shelves, and steaming an unimaginable amount of clothing. We made about 5 trips to buy more hangers, ate pizza on the concrete floors, broke inventory on those concrete floors, and bought rugs for those floors. We folded, arranged, unpacked, and labeled. And on the last day… the last day before we opened, I walked through just on my own. I looked at the original tin ceiling, the cracks in the floors, the new clothes, and realized that this was it. It was even more beautiful than I had imagined. But it was because God flowed in every aspect of Blush. From the moment he put the dream in my heart to the very pieces of custom built furniture. It was all because of him.

I brought my camera with me and I took about 2o minutes and snapped these pictures that you see here. These pictures are the proof that He hears, sees, and DOES. Even when we don’t think it can happen… let him show you he CAN!

Thank you for sticking through this long and emotional post. Blush is so special in so many ways. Between the community it has created, the people that come in (We love you), the workers who love Blush like their own, and more

but I want you to know the true story behind her walls. That Blush is so much more than a shop. It’s a testimony to God’s great love. I hope you feel it next time you walk in!

Love you all. So very much.

weekdays are for the birds…

Previous Story
i stand here
Next Story
the well: part 1

Hello there! I'm Emilie! I am a photographer, boutique owner, mama and a wife. I love Jesus, my family, design and Dippin' Dots. 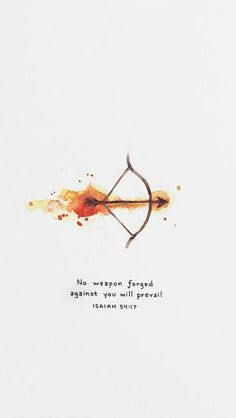 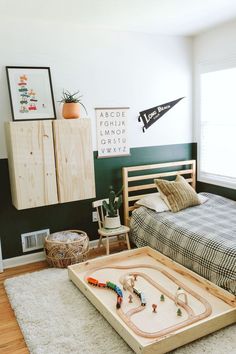